What shall I say? It’s been a beautiful day in Beijing with focus on the Forbidden City.

Today we started at Tiananmen Square which most of us do remember from the 1989 protests, but also from the annual parades. A fun fact: I guess you’ve all seen pictures or news feed from the annual parade, always presenting a clear blue sky hovering over the parade – but we also all know Beijing is one of the cities most heavily impacted by smog created by industry and vehicles. Today we learned how China manages to have the blue sky each year on 3rd of September: All industry stops producing latest August 24, also from the same day on only half of cars are allowed to drive in the city (alternating by license plate last number – one day odd-numbered allowed, next day opposite). Have a look at what we saw there today:

The building above shows the first train station ever built in Beijing – built by Brits during colonization; of course not for the public, but for transport of British military. Today the building hosts Beijing’s train museum.

The square itself is really huge – surrounded by partially impressive, partially just “important” buildings like the parliament:

Still really interesting (and impressive) to learn the building including annexes was built in 10 months – and is still there. Comparing this to German public construction….we probably would have the first draft of “plan the plan” by that time 😉

The picture below shows Mao’s mausoleum; thousands of pilgrims every day to see him in his crystal coffin (no, we did not go inside) 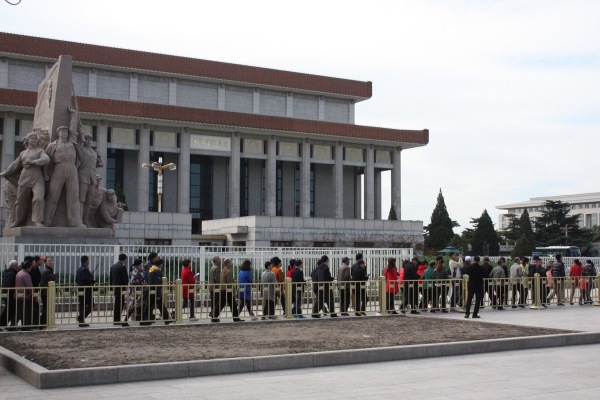 Across the street (which is 40km long and roof of the first subway built in Beijing in 1969) you can see the balcony, which itself is part of the imperial palace, from which Mao declared the People’s Republic of China in 1949: 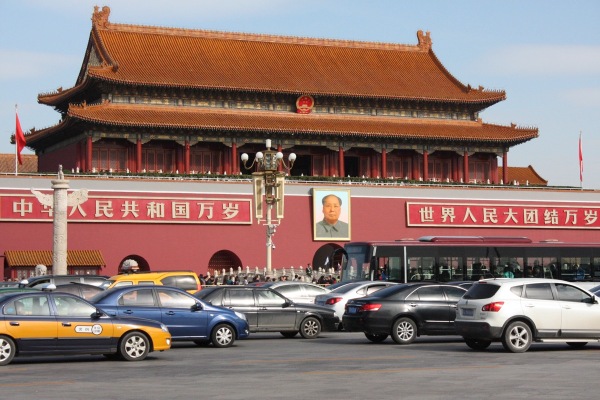 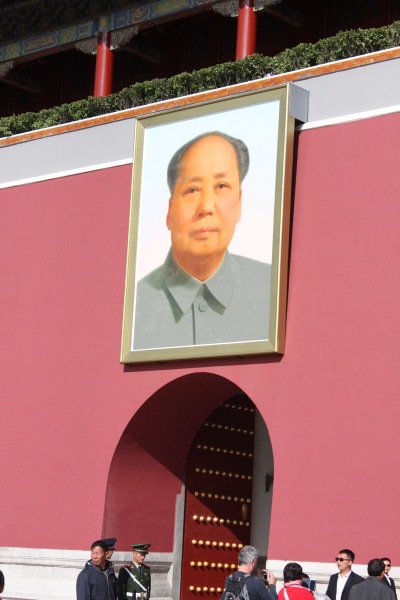 After crossing the road we entered the Imperial Palace – I’ll let the pics speak for themselves: 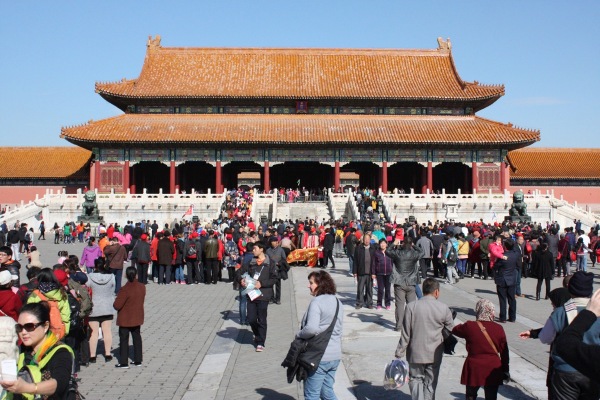 Have a close look at the two dragons sitting on the edges of the roof in the shot above. Both weigh 4.5tons. This is especially amazing when considering the ancient Chinese way of building “top-down”, i.e. after the floor is done, the roof is set on pillars, walls, windows etc. come later. This also means that the pillars carry all the weight – in this example 9 tons the dragons alone + roof and middle floor. 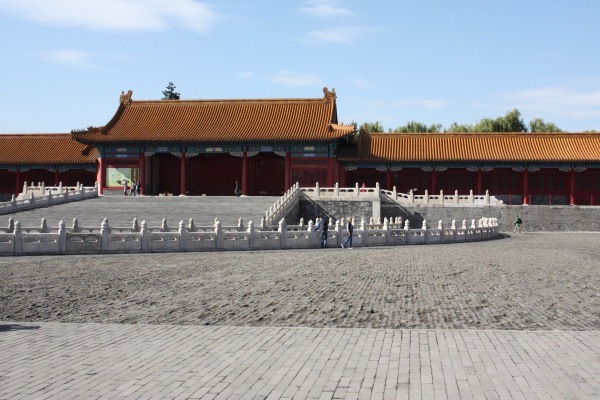 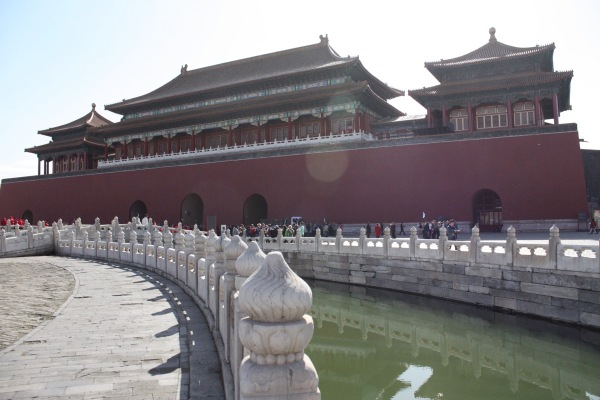 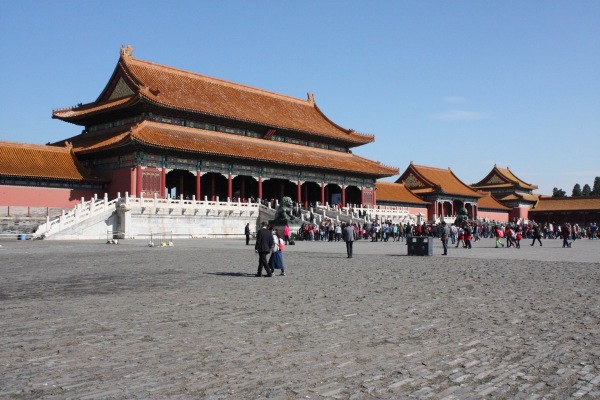 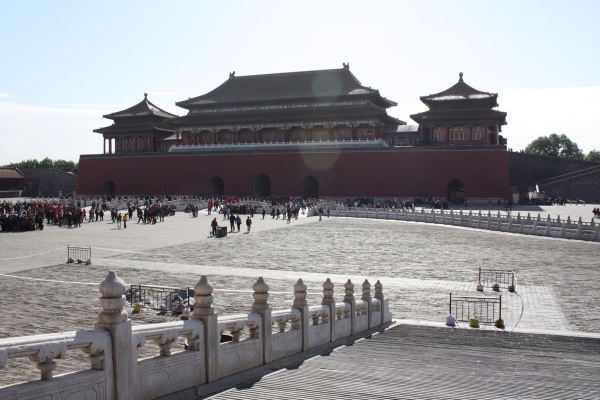 These cauldrons used to be filled with water for firefighting. In winter the opening below the cauldron was used for heating to prevent the water in it from freezing. 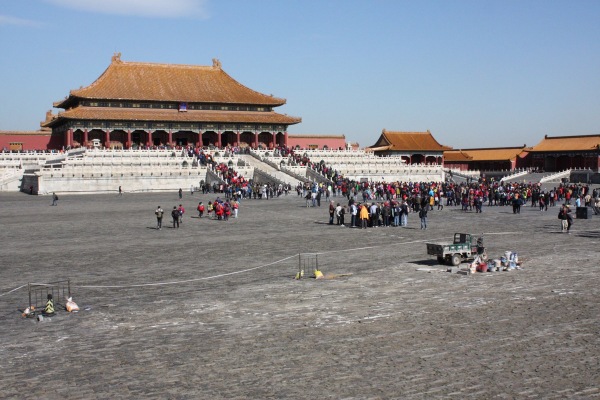 In case you wonder: It’s not lemmings jumping down – it’s a gazillion of visitors from all around the globe visiting this place.

Some spots are so crowded you really loose interest in trying to get a view: 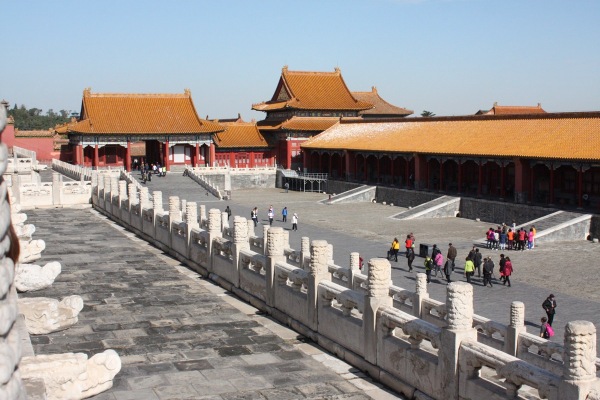 (Believe me, sometimes I had to wait for minutes to get a shot without 5000 people walking through my lens)

The engraved marble above is a single piece of rock of 62m!

From this building we walked inside to see some of the birthday presents given to the emperor: 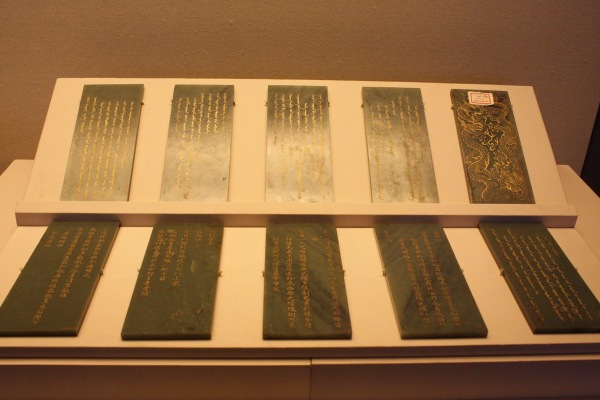 And then…what a great surprise…

…my Canon Rebel decided to die on me….meaning from that time on I was carrying around 15kg of useless camera equipment and had to switch over to my phone for the rest of the day (if not the vacation – seems to be a serious error and all hints I tried so far to recover from “error 99” did not help). This also means no images from the great Imperial Garden as while we were walking through it, I was still trying to get my Rebel back to life….my wife might have a few on her phone and I will upload as soon as I have them.

After leaving the Imperial Garden we walked up the “Coal Hill”, an artificial hill behind the palace, heaped soil from the palace area when building the palace; the view from up there is just fantastic: 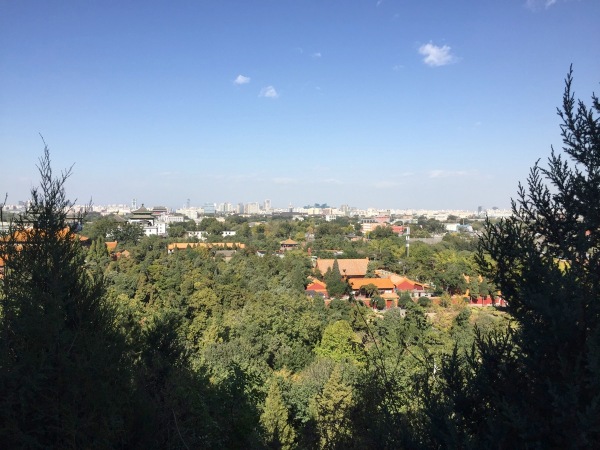 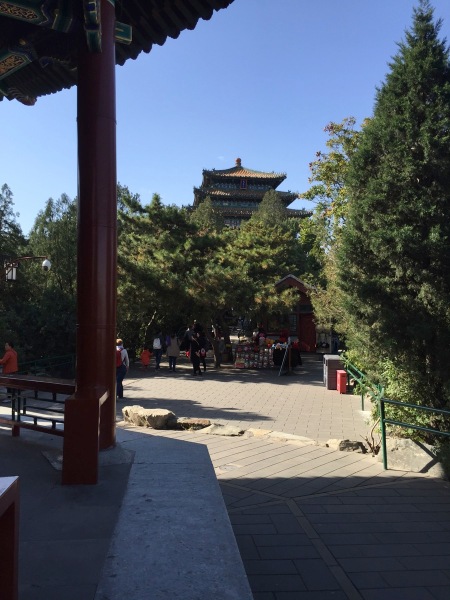 Last tour stop after the palace was the Temple of Heaven – another great piece of architecture and Chinese garden art: 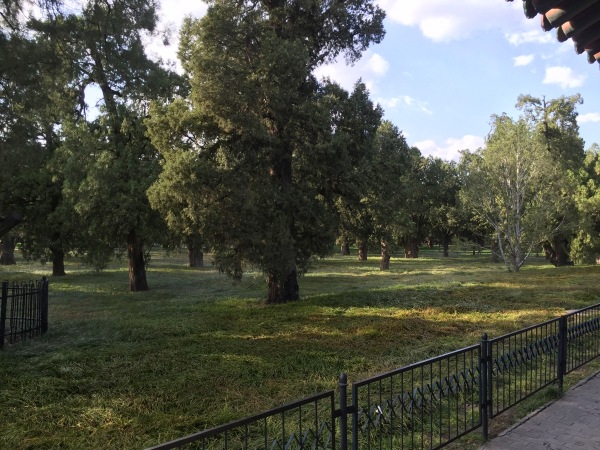 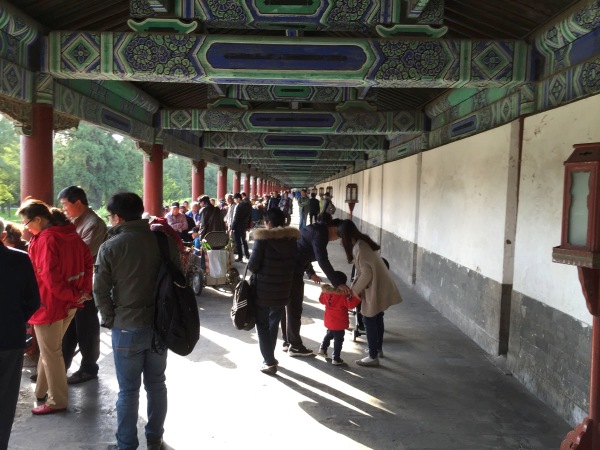 With the afternoon passing and the sun setting, we had a good-bye beer with the great folks we spent the last two days with before they took off direction south. My wife & I had a fantastic traditional duck dinner and are now back at the hotel – she’s reading, I am writing this post. 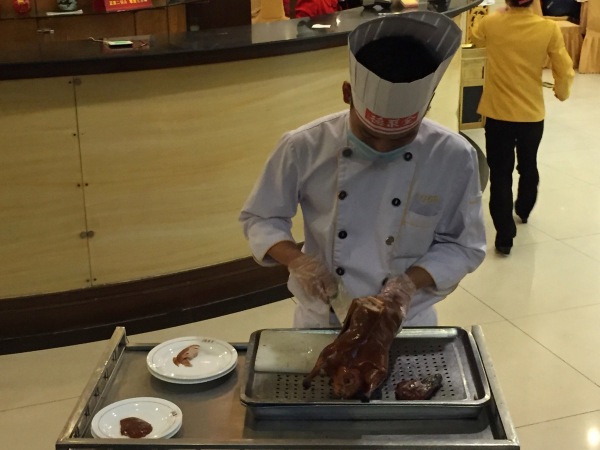 That’s it for today, folks. Tomorrow’s basically going to be our last day on this fantastic vacation, Thursday late a.m. we’ll board our flight back to Germany.